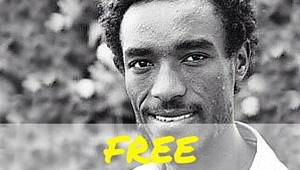 Zelalem Kibret is a lawyer and a lecturer at Ambo University who co-founded Zone 9. On April 25, 2014, he was arrested with charges of terrorism along with other Zone 9 bloggers and journalists who aim to spread awareness of human rights violations. Kibret ran a blog about education issues in Ethiopia, which was regarded as one of the most creditable sources and widely shared among many. Similarly, he used his Twitter handle to address critical social issues and engaged with his followers in-depth. He was released on July 8, 2015.