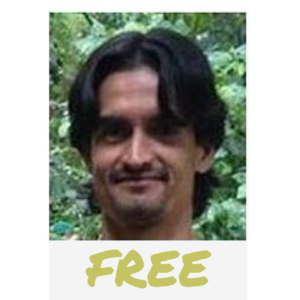 UPDATE: Yeimi Varela was released in December 2016 together with other political prisoners in Venezuela. He spent two and a half years in prison.

For 20 years, Yeimi Varela worked as the night watchman for the headquarters of Humano y Libre (“Human and Free”) and Un Mundo sin Mordaza (“A World without Silencing”), two human rights-focused non-governmental organizations based in Venezuela. Humano y Libre provided leadership and community engagement workshops for youths in troubled neighborhoods, while Un Mundo sin Mordaza played an integral role in the 2014 #SOSVenezuela protest movement. However, Yeimi did not play an active role in the organizations’ work.

Late Thursday night on May 2, 2014, officials from the Bolivarian National Intelligence Service (SEBIN) conducted a raid on the NGOs’ headquarters for their involvement in “subversive activities.” They took into custody the only person present during the raid: Yeimi.

Yeimi was charged with “associating to commit crimes” and subsequently imprisoned. He was released on December 31, 2016, along with five other student activists. He spent two and a half years in prison.