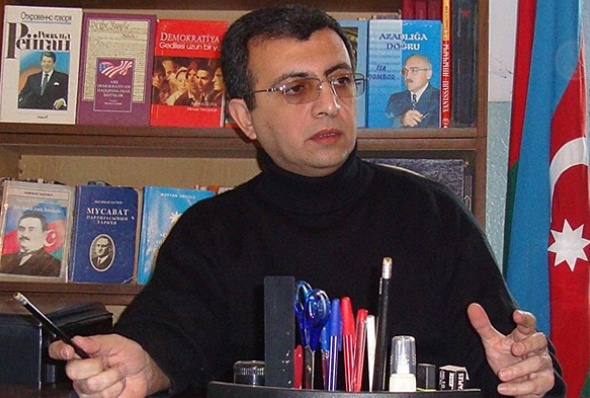 UPDATE: On March 17, 2016, Yadigar Sadiqov was released by presidential pardon ahead of Noruz, Azerbaijan’s New Year celebration. While it is common for prisoners to be pardoned around this time, political prisoners have traditionally not been included in the pardons.

Yadigar Sadiqov is an academic and prominent political activist in Azerbaijan. He is a Deputy Chairman of the opposition Musavat party and serves as a top political advisor to Isa Gambar, the party’s national leader.

Yadigar was promptly sentenced to pretrial detention for two months. His arrest came ahead of the October 2013 presidential elections, with many believing that Yadigar was detained to prevent him from campaigning for the upcoming election cycle.

On January 13, 2014, Yadigar was sentenced to six years in prison for “hooliganism.” In response to his conviction, the US Mission to the Organization for Security and Cooperation in Europe (OSCE) issued a statement voicing their concern for Yadigar and the “troubling developments affecting civil society and political pluralism in Azerbaijan.”

Yadigar was subsequently detained in the 14th Penal Facility in Azerbaijan. On March 17, 2016, he was pardoned by the Azerbaijani president and released from prison, ahead of Noruz—the Azerbaijani New Year celebration. It is common for prisoners to be released around Noruz, but political prisoners have traditionally not been included in the pardons. Yadigar had spent more than two years in prison.

Yadigar had been targeted by the Azerbaijani government before. A former lecturer at Lenkoran University, he had been targeted for dismissal by the university administration in 2003 and 2005 in retaliation for his political activities. In both instances, more than 500 students campaigned on his behalf and prevented Yadigar from being fired. However, in 2010, the university successfully dismissed him.