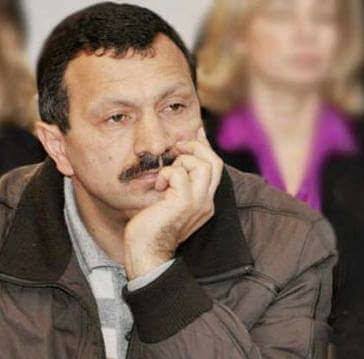 UPDATE: Tofiq Yaqublu was released by presidential pardon on March 17, 2016, ahead of Noruz—Azerbaijan’s New Year celebration. It is common for prisoners to be pardoned around this time, but political prisoners have traditionally not been pardoned.

Tofiq Yaqublu is a journalist for Yeni Musavat, an independent Azerbaijani newspaper, and is the Deputy Chairman of the Musavat Party, an opposition youth political party in Azerbaijan.

On January 24, 2013, Tofiq visited the small provincial town of Ismayilli to report on anti-government protests that had occurred the day prior. The protests stemmed from an incident in which a local taxi driver was attacked by a businessman with connections to Ismayilli’s governor. On February 4, 2013, Tofiq and Ilgar Mammadov, another politician who had visited Ismayilli, were arrested on charges of organizing mass disorder and violently resisting police. Both politicians had visited after the protests had ended, spending less than an hour in the town.

Tofiq was subsequently sentenced to pretrial detention for two months. His pretrial detention was repeatedly extended, until his trial finally began on November 30, 2013. During the trial, several witnesses for the prosecution withdrew their testimonies, stating that they had testified under pressure. Despite critics asserting that the trial was a “mockery of the law,” Tofiq was sentenced to five years in prison on March 17, 2014.

Tofiq was then taken to Prison No. 13, which is renowned for its inhumane imprisonment conditions. His imprisonment was condemned by the European Union.

On March 17, 2016, Tofiq was pardoned ahead of Noruz, Azerbaijan’s New Year celebration, alongside 148 prisoners. It is common for prisoners to be pardoned around Noruz, but political prisoners have generally not been included in the pardons. Tofiq had served over three years in prison.