UPDATE: Ethiopian democracy activist & Oromo leader, Merera Gudina, is being held in solitary confinement at Ethiopia’s brutal Maekelawi prison, which is known for its use of torture on prisoners, and inhumane conditions.

On November 30, 2016, Ethiopian authorities detained Dr. Merera Gudina, a prominent Ethiopian scholar and chairman of the Oromo Federalist Congress (OFC). He was arrested at Bole International Airport in Addis Ababa, upon his return from Belgium, where he testified before the European Parliament about human rights abuses in Ethiopia.

Join us in calling upon the Ethiopian government to immediately and unconditionally release Dr. Merera Gudina by sharing this tweet.

At the November 9, 2016 hearing, Dr. Gudina testified alongside Dr. Berhanu Nega, an exiled opposition party leader, and athlete Feyisa Lilesa, whose solidarity gesture at the 2016 Rio Olympics raised the profile of the protests in Ethiopia’s Oromia Region. Dr. Nega is a leader of the Patriotic Ginbot 7 (G7), an opposition group that is considered to be a “terrorist organization” by Ethiopia’s ruling party.

Dr. Gudina is accused of violating Ethiopia’s six-month state of emergency by associating with Dr. Nega. The state of emergency, which suspends constitutionally guaranteed rights and gives sweeping powers to the security sector, was declared on October 9, 2016 in response to ongoing anti-government protests in the Oromia and Amhara regions. Lily Mengesha, an Ethiopian journalist described the state of emergency as a continuation of the government’s escalating attacks on media freedom and human rights in the country that “will not deliver needed stability.”

Dr. Gudina’s arrest means that almost all of OFC’s senior leaders are in detention. Currently, six of his colleagues are on trial for terrorism charges, another is under house arrest, and many members of the party have been jailed. Since protests began in November 2015, more than 400 people have been killed in Ethiopia and at least 11,000 have been detained.

Dr. Gudina is a former member of the Ethiopian parliament, and leads the Ethiopian Federal Democratic Unity Forum (MEDREK). He is also an internationally respected scholar and published author. In 2014, Dr. Gudina was chosen for the Reagan-Fascell fellowship at the National Endowment for Democracy where he explored “opposition politics, political polarization, and the role of the Ethiopian diaspora in facilitating democratization in Ethiopia.”

The World Movement for Democracy is alarmed by the Ethiopian government’s escalating crackdown on dissent, and urges the state to respect the human rights of its people.

Join us in calling upon the Ethiopian government to immediately and unconditionally release Dr. Merera Gudina by sharing this tweet.

On September 23, 2016, police authorities raided the headquarters of Cuban Legal Information Center (CUBALEX) and confiscated computers, hard drives, USB drives and cell phones. Cuban activist Kirenia Yalit stated: “when it seemed that everything was going to end and they had concluded their interrogations’ of the activists, they forced them to strip naked ‘and squat to verify that there was nothing hidden in their bodies.” The authorities also told Laritza Diversent, Director of CUBALEX, that members of the organization could be accused of “illicit economic activity” and “illicit association.”

CUBALEX is an independent Cuban organization based in the Havana municipality of Arroyo Naranjo, and provides free legal advice to Cuban citizens and civil society activists. Unfortunately, the raid of the CUBALEX offices was part of a larger wave of harassment against Cuban civil society that has been taking place since last week.A day earlier, 23 activists belonging to the Patriotic Union of Cuba (UNPACU) were arrested, one of whom was indefinitely detained. This arrest marks the 43rd UNPACU member who has been imprisoned by the authorities.

On September 18, 27 members of the Ladies in White movement, and several #TodosMarchamos (We All March) demonstrators, were arrested during peaceful protests. In a separate incident, Ladies in White activist Leticia Ramos, is facing baseless charges of “public disorder” after a police raid on her home. As of now, Ramos is under a government-imposed house arrest. On September 20, Cuban political police raided and disbanded a “meeting of several trade unionists,” according to Iván Hernández Carrillo, spokesman for Cuba’s Independent Trade Union Coalition. On September 27, Cuban authorities detained Arturo Rojas and Ada López, members of the Otro18 (Another 18) initiative, which seeks to promote independent candidates trying to run in Cuba’s 2018 elections. The two activists were prevented from traveling to Colombia to observe the upcoming plebiscite on the country’s Peace Accords. The World Movement for Democracy is deeply concerned about the Cuban government’s ongoing crackdown on civil society, and urges them to seize the harassment immediately. Cuban activists should be able to practice their right to freedom of assembly and association without encountering state-sponsored violence. Ladies in White leader, Berta Soler, has urged the world to stand up for Cuba’s human rights activists in her recent interview. Join us in solidarity of Cuban activists by tweeting this message to the government of Cuba: 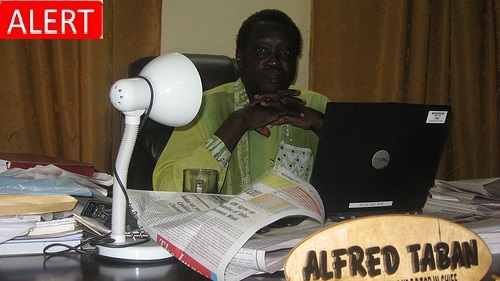 *Update: As of August 1, 2016, Alfred Taban was released on bail so he could recieve medical treatment for a previously existing condition. Read more about Taban’s release here.

On July 16, 2016, South Sudan’s National Security Services (NSS) arrested Alfred Taban, the founder and editor-in-chief of the Juba Monitor, the leading independent newspaper in South Sudan. He is currently being held without charges. The arrest is believed to be in connection to Mr.Taban’s article about the recent communiqué by the Intergovernmental Authority on Development (IGAD), as reported in the East and Horn of Africa Human Rights Defenders Project’s recent statement.

On July 11, 2016, the IGAD Council of Ministers convened its 56th session in response to the recent surge of violence in Juba, South Sudan. Mr. Taban’s arrest came one day after he published the editorial article, which criticized South Sudan’s leaders for their roles in the country’s recent violent clashes. In the article, he called for the removal of South Sudan President Salva Kiir and Vice President Riek Machar, citing their unsuccessful implementation of the August 2015 peace agreement. The country has experienced renewed violence between forces loyal to Kiir and Machar, with close to 300 people already killed in the recent fighting. South Sudanese journalists have experienced increased intimidation in recent years with several newspapers being shuttered by government forces. Since 2015, at least seven journalists have been killed as a result of their reporting.

The World Movement for Democracy joins the international community in calling for the immediate and unconditional release of Mr. Taban. We join organizations such as the East and Horn of Africa Human Rights Defenders Project and Community Empowerment for Progress Organization (CEPO) in calling upon the government of South Sudan to launch a swift, transparent investigation into the targeting of journalists by agents of the country’s security branch.

Join us in calling for the release of Alfred Taban by tweeting this message: 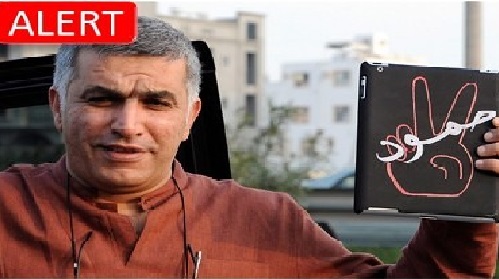 On June 13, 2016, Bahrain authorities arrested and detained Nabeel Rajab, a prominent human rights activist and the president of the Bahrain Center for Human Rights. During the raid, authorities also seized the activist’s electronic devices without explanation, according to his family.

Rajab’s arrest comes one week after the recently released, Bahraini activist, Zainab Al-Khawaja, left Bahrain for Denmark because of the government’s threats to imprison her again. Al-Khawaja’s exile and Rajab’s arrest are likely timed to prevent them from traveling to Geneva for the United Nations Human Rights Council (UNHRC), taking place June 13-July 1, 2016. Travel bans were also imposed – without explanation – on several other human rights defenders attempting to leave Bahrain for the UNHRC meeting. Rajab’s travel ban has been in effect for nearly one year, and he has been a target of government harassment since establishing the Bahrain Center for Human Rights in 2002.

In May 2014, Rajab was freed after serving two years in prison for organizing and participating in illegal protests. In January 2015, Rajab was sentenced to six additional months in jail over remarks considered insulting to the kingdom’s security establishment. He appealed against the verdict, but an appeals court confirmed the ruling in May 2015. After serving four months in jail, King Hamad bin Isa al-Khalifa ordered Rajab’s release by special pardon due to his poor health.