Since April 18, 2018, the government of Nicaragua has carried out a crackdown on its citizens and non-government organizations characterized by disproportionate use of force by police; enforced disappearances; widespread arbitrary detentions; torture and ill-treatment; and violations of the right to freedom of opinion and expression, and of peaceful assembly. Citizens attempting to exercise fundamental rights have suffered violence carried out by police, government-sanctioned paramilitaries, and pro-government mobs.

Although many international and religious bodies have attempted to mediate the worsening crisis, the government of President Daniel Ortega and Vice President Rosario Murillo—Ortega’s wife—has continued to escalate its crackdown by targeting civil society leaders, cancelling the registration of NGOs focused on democracy and human rights, and forcibly closing independent media outlets. In July 2018, the National Assembly passed terrorism and national security legislation to cover unprecedented arbitrary arrests.

According to the CIVICUS Monitor, the state of civic space in the country is “repressive.” The Monitor notes: “Free expression is being damaged due to the construction of a media empire in the hands of the president’s family, the disciplining of critical media through the arbitrary allocation of state advertising, extreme secrecy and a tight control on the flow of public information.”

Protests first began in April 2018 over proposed Social Security reforms that would cut retirees’ pensions by 5%. State security agents responded to these student-led protests with excessive force, killing three and arbitrarily arresting many more. Although President Ortega attempted to reverse the social security reforms quickly thereafter, the protests soon spread throughout the country and evolved to demand Ortega’s resignation. Protesters alleged systematic abuses of power by Ortega and his party, who have gradually dismantled democratic institutions in the country since Ortega’s return to the presidency in 2006.

Figures concerning number of deaths, injuries, and arbitrary detentions vary widely due to the government’s suppression of credible fact-finding missions. The Organization of American States (OAS)—an intergovernmental organization comprised of the 35 independent states in the Americas—recognized 317 deaths as a result of protests between April and August 2018.

In December 2018, the National Assembly of Nicaragua cancelled the legal registration of several prominent civil society organizations that work to strengthen democracy and human rights, and that have also been critical of Ortega’s government. On December 14, 2018, several of the targeted organizations, along with media outlet Confidencial, reported illegal raids without a warrant by State Security on their offices. As a result of these developments, Nicaragua’s ranking in the annual Democracy Index fell from a flawed regime to a full authoritarian regime—joining only Cuba and Venezuela in the region.

On March 16, 2019, paramilitary forces attacked a demonstration calling for the release of political prisoners and arrested 164 protesters. Among those arrested was World Movement Steering Committee member Sofia Montenegro. Read our full DemocracyAlert on the attack here.

The events that have transpired in Nicaragua have drawn widespread condemnation from the international community and spurred multiple mediation and observation missions.

Following the “Mother’s Day Massacre” on May 30, 2018 in which paramilitaries opened fire on protesters, the Nicaraguan Catholic Bishops Conference stated that “[we] have experienced with deep pain the violent events perpetrated last night by armed groups related to the government against the civil population…[we] condemn all of these acts of repression.” For months after the protests began, the Bishops Conference attempted to play a mediating role. However, clergy-members suffered attacks by pro-government mobs, and ultimately the dialogue process failed.

The United Nations has made several statements on the ongoing crisis. On July 5, 2018, the United Nations High Commissioner for Human Rights Zeid Ra’ad Al Hussein stated that the unprecedented state-sponsored violence was a “[product] of the systematic erosion of human rights over the years” that shows the “fragility of institutions and the rule of law” under the Ortega regime.

In August 2018, the Office of the High Commissioner for Human Rights conducted a fact-finding mission under General Assembly resolution 48/141. The resulting report noted the multiple human rights violations carried out by the government, and also recognized and condemned the existence of pro-government mobs that are allowed to “operate with impunity.” The report noted that these groups “participated in raids and attacks against protesters and carried out illegal detentions.”

Two days after publishing its first report, the mission was expelled from the country. In response, the United Nations convened a Security Council meeting on the situation, with US ambassador to the UN Nikki Haley imploring other council members, “How many people have to die before it becomes a matter of peace and security?”

On November 27, the US government imposed sanctions on Vice President Rosario Murillo. On December 21, 2018, the United States leveled additional sanctions against “officials and ex-employees of the Ortega Murillo regime involved in human rights violations, acts of corruption, undermining of democratic institutions, expropriation of public or private property, and the illegal arrest or prosecution of citizens” with the passage of the Nicaraguan Human Rights and Anticorruption Act of 2018, also known as the “Nica Act.”

Consistently since protests broke out in April, the Organization of American States (OAS) has implemented dozens of resolutions concerning the government’s role in the crisis. In December 2018, the Ortega government expelled the OAS’s observation presence from Nicaragua. In January 2019, OAS Secretary-General Luis Almagro began the process of invoking Article 20 of the Inter-American Democratic Charter against Nicaragua, arguing that the government had undertaken actions that seriously harmed the country’s democratic institutions. If 2/3 of OAS member states vote to proceed with invoking Article 20, Nicaragua would be expelled from the OAS and would “lose all access to sources of financing of the Inter-American Development Bank (IDB) and the World Bank, potentially affecting some US$105mn earmarked for distribution [in 2019].”

On March 14, 2019, World Movement Steering Committee member and Member of European Parliament Ana Gomes spearheaded the passage of a strongly worded non-binding resolution in the European Parliament. The resolution called for “‘targeted and individual sanctions’ such as visa bans and asset freezes against the Central American nation and ‘individuals responsible for human rights abuses’ until fundamental rights and freedoms are restored and upheld.” 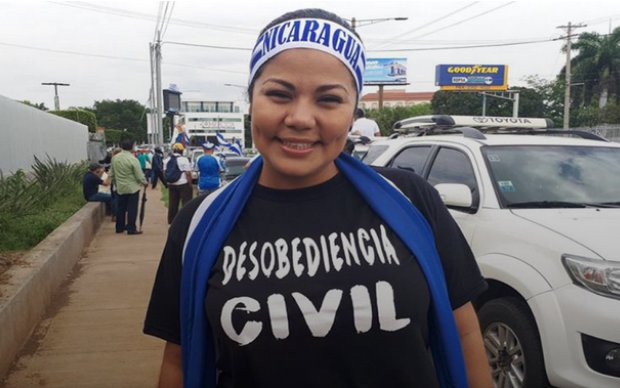 Irlanda Jerez is a dentist and civil society organizer, imprisoned for leading a civil disobedience campaign in the country’s largest market, Mercado Oriental, in protest of the government’s disregard for human rights. She was sentenced to five years on charges of “fraud” and “swindling.” Since her imprisonment, Jerez has been attacked and beaten twice by unidentified men. 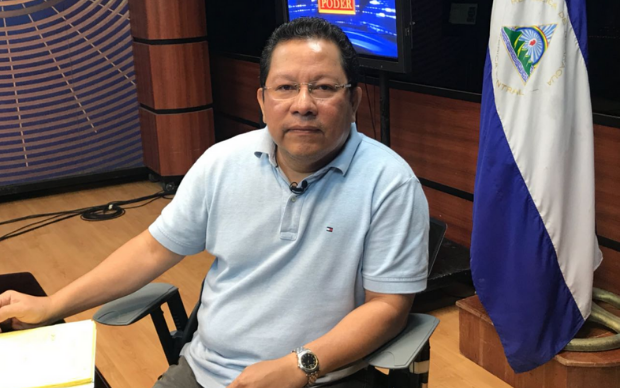 Miguel Mora is a well-respected journalist and the director of news outlet 100% Noticias. He was detained by paramilitary forces in a raid of his offices and charged with “promoting and inciting hatred, violence and death.” He has spent 40 days total in solitary confinement in an underground cell and has experienced multiple health complications due to unsanitary conditions. 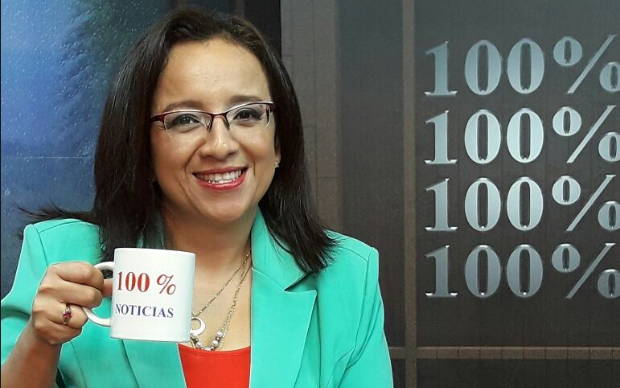 Lucia Pineda Ubau is a prolific Nicaraguan journalist and the news director at 100% Noticias. She was charged with “fomenting, planning and conspiring to commit terrorist acts” for the outlet’s coverage of protests against the government. She is currently detained in indefinite solitary confinement in La Esperanza women’s prison, usually used only in punishment.