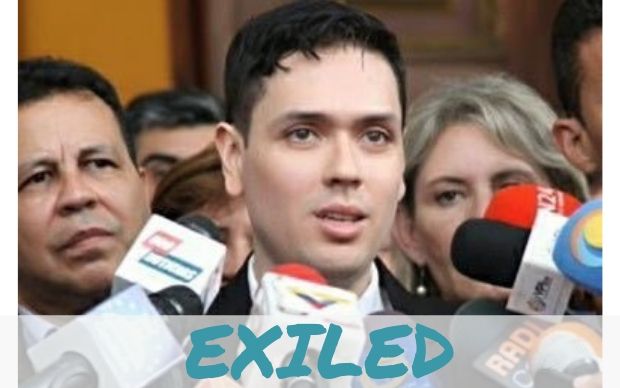 UPDATE: Rosmit was released from prison on November 18, 2016, after undergoing surgery for severe health issues. He applied for asylum in France and now lives in exile.

Rosmit Mantilla is a Venezuelan activist and politician. He is the first openly gay politician to be elected to the National Assembly of Venezuela.

On May 2, 2014, Rosmit was kidnapped from his home by officials of the Bolivarian National Intelligence Service (SEBIN). At the time, he was still a university student but had gained prominence as an outspoken advocate of LGBT rights in Venezuela. Rosmit was accused of funding the anti-government protests that had gripped Venezuela earlier that year, and was subsequently imprisoned in the Helicoide, an infamous SEBIN detention center.

While in prison, Rosmit was elected to the National Assembly as a substitute legislator. However, he was prevented from taking office due to his continued detainment. He was abused in prison, stating “there was not a day in which I wasn’t psychologically mistreated…I spent days and months punished in the basements with no water, no light, no toilet and without taking a shower. I was under permanent verbal harassment, hearing ‘you will be here for 25 years’ all the time.” Rosmit additionally witnessed many of his friends undergo electrocution in prison.

Rosmit began suffering severe health issues after two years in the Helicoide. A gallbladder infection spread to his pancreas, making him so seriously ill that a judge authorized his transfer to a clinic for surgery. However, SEBIN officials dragged him out of the clinic and forcibly returned him to an isolation cell in the Helicoide before he could undergo the procedure. In Rosmit’s words, “they were sentencing me to death.”

After significant outcry from prominent groups in the international community, including Amnesty International and the Vatican, Rosmit was treated for his illness and released from detention on November 18, 2016. He had spent two years and a half in prison.

Today, Rosmit resides in exile in France after being granted asylum in 2017. He continues his political activism in France, appearing before the French Senate to advocate for the release of Venezuela’s political prisoners.