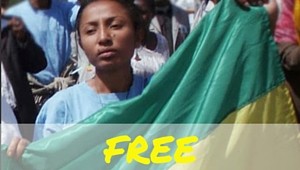 Reeyot Alemu, a journalist who regularly contributed to weekly newspaper Féteh and a high school English teacher, was arrested on June 21, 2011. The authorities attempted to silence her with the anti-terrorism law and the criminal code. She faced 14 years of imprisonment, along with a fine of 33,000 birrs (USD 1,850), despite the fact that she earned less than $100 per month. In 2012, an appeals court reduced her sentence to 5 years and dropped most of the terrorism charges. Before imprisonment, she founded her own magazine Change in 2010, in which she covered critical social and political issues, including poverty and gender equality. Her outstanding journalism helped her to win the UNESCO/Guillermo Cano World Press Freedom Prize in 2013.