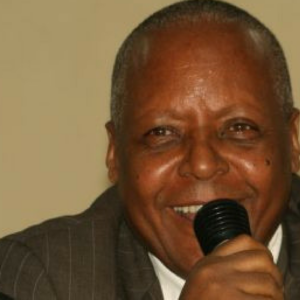 UPDATE:  Dr. Merera Gudina’s hearing finally took place on July 7, 2017 after months of delays. The court refused to dismiss charges against Dr. Gudina and delayed his access to a list of prosecution witnesses until a constitutional court approves the request. His next hearing is scheduled for July 31. Click here to join Ana Gomes, member of the European Parliament (EP) and World Movement for Democracy Steering Committee, in asking the Ethiopian government to #SetThemFree!

Dr. Merera Gudina is a prominent scholar and chairman of the Oromo Federalist Congress (OFC). He was arrested on November 30, 2016, by Ethiopian authorities at Bole International Airport in Addis Ababa.  Dr. Gudina was returning from Belgium where he testified before the European Parliament about human rights abuses in Ethiopia. On February 22, 2017, he was formally charged with terrorism, “disrupting constitutional order,” and “giving a false and damaging statement about the government to the media.”  If found guilty, he could serve up to 10 years in prison.

Dr. Gudina is also accused of violating Ethiopia’s six-month state of emergency by associating with Dr. Nega who is a leader of the Patriotic Ginbot 7 (G7), an opposition group that is considered a “terrorist organization” by Ethiopia’s ruling party. The state of emergency, which suspends constitutionally guaranteed rights and gives sweeping powers to the security sector, was declared on October 9, 2016, in response to ongoing anti-government protests in the Oromia and Amhara regions.

Dr. Gudina is a former member of the Ethiopian parliament, and leads the Ethiopian Federal Democratic Unity Forum (MEDREK). He is also an internationally respected scholar and published author.