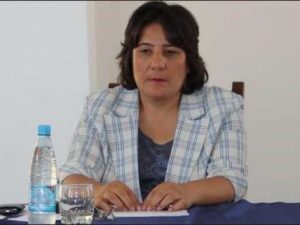 Gozel Bayramli is the Deputy Chairman of the Azerbaijan Popular Front Party of Azerbaijan (APFP), an opposition political party in Azerbaijan.

On May 25, 2017, Azerbaijani border police detained Gozel as she was returning to the country from neighboring Georgia, where she received medical treatment for serious health problems. Authorities accused her of attempting to smuggle $12,000 in cash across the border. Gozel maintains that these accusations are fabricated, reporting that border police planted the $12,000 in her bag while taking her to a room for further questioning.

Gozel was subsequently taken to a pretrial detention facility while her case awaited judicial review. On January 23, 2018, Gozel was sentenced to three years in prison.