Since the summer of 2013, Egypt’s democratic sphere has faced a heavy crackdown against fundamental freedoms and rights, particularly freedom of expression, freedom of peaceful assembly, freedom of association, freedom of religion, and the right to a fair trial.

Following President Abdel Fattah Al-Sisi’s ascension to power in 2014, the country has escalated its war on terror and the Islamic State. Under the auspices of curbing the terrorist threat, the Egyptian government asked its citizens to tolerate difficult living conditions, a deteriorating economy, and to accept restrictions on their freedoms and rights. In fact, the practices of the Egyptian regime are fueling the terrorism groups’ recruiting machine in the region.

Egypt has become a state of fear with levels of repression not seen even under the Mubarak regime. According to the CIVICUS Monitor, Egypt is rated as a “closed” society, as journalists and human rights defenders are “routinely harassed, detained, prosecuted, and jailed as part of a systemic crackdown on dissent.” Egypt was ranked as the world’s third worst jailer of journalists in 2015. Political repression worsened following the March 2018 presidential election, in which President Al-Sisi was reelected with 97% of the vote as his security forces pressured legitimate opposition candidates to withdraw. Arbitrary detention, torture, ill-treatment in prisons, and enforced disappearances are usual practices in Egypt.

The government has utilized restrictive laws and judicial cases to curb the activities of civil society organizations. These regulations include a 2014 amendment to the penal code that allows prosecutors to sentence human rights defenders to prison for life for violating laws regulating foreign funding.

In March 2016, Egyptian authorities reopened Case 173, or the “NGO foreign funding case,” a politically-motivated investigation into human rights organizations’ funding and registration that was initiated in 2011. Under the first phase of the investigation (2011-2013), Egyptian authorities sentenced 43 employees of prominent international NGOs to prison terms of up to five years for receiving foreign funding without permission.

Today, a second phase of Case 173 continues to focus on members of local NGOs. In 2016, the government froze the assets of three leading Egyptian human rights organizations and their directors, including the Cairo Institute for Human Rights Studies (CIHRS). As of 2018, multiple activists are banned from travelling outside of Egypt and continue to be summoned for questioning. Ultimately, 37 organizations are at risk of closure and their members are potentially subject to life imprisonment under Case 173.

In 2017, the Egyptian parliament passed a revised “NGO funding law” that proved to be just as harmful as its previous 2002 law. Law 70 of 2017, which requires all non-governmental organizations (NGOs) to undergo an onerous registration process, bans NGOs from receiving foreign funding without pre-authorization from the government, and allows the government to shut down NGOs and imprison their members for undertaking “political” activities.

Case 173 and Law 70/2017 are not the only instances of the judiciary being used to target human rights defenders. Beginning in February 2018, eight prominent human rights defenders were arrested or sentenced to prison in accordance with the state’s counterterrorism laws, despite only engaging in peaceful pro-democracy activism. Read more about them here.

Recent developments indicate that Egypt’s civic space will only come under further attack. In mid-2019, the Egyptian parliament passed several constitutional amendments that allow President Al-Sisi to potentially remain in power until 2030 and severely curtail judicial independence. According to eleven local human rights organizations, the amendments “serve to destroy the constitutional separation of powers, concentrating all authority into the president’s hands and solidifying his authoritarian rule.”

The United States’ (US) response to Egypt’s human rights violations in particular has displayed inconsistency. After the sentencing of 43 international NGO workers under Case 173 in 2013, various lawmakers and the then-President and Secretary of State issued statements condemning the sentences but did not take formal action against Egypt. US scrutiny of Case 173 and the newly signed Law 70 reignited in August 2017, when former Secretary of State Rex Tillerson withheld up to $290 million in aid to Egypt, citing a concern about “Egypt’s lack of progress in key areas, including human rights and the new NGO law.” However, the freeze was retracted in July 2018 by Tillerson’s successor, Secretary of State Mike Pompeo, in spite of an ongoing crackdown against human rights in Egypt.

The U.S. Department of State’s 2018 Country Reports on Human Rights Practices criticized Egypt’s practices of arbitrary arrest and detention; forced disappearances; torture; political prisoners; and substantial interference in the rights of peaceful assembly and freedom of association, including government control over registration and financing of NGOs, among others.

While Egypt’s international allies remained silent or took muted stances, international bodies such as the European Union (EU) and the United Nations (UN) have issued stronger reprisals. In December 2018, the European Parliament adopted a nonbinding resolution that strongly condemned Egypt’s “continuous restrictions on fundamental democratic rights” and called for Egypt to immediately release all detained human rights defenders and cease all “baseless criminal investigations into NGOs,” including Case 173. The resolution additionally called upon all European countries to halt exports of security equipment to Egypt until the human rights issues were addressed.

Various United Nations (UN) experts spoke out against the increased detention of human rights defenders in 2018, signing a letter in which they condemned the Egyptian government’s “zero-tolerance approach to dissent.” The UN High Commissioner for Human Rights further called for “the immediate and unconditional release of all those currently being held by the Egyptian authorities for the legitimate exercise of their human rights.”

Ismail Alexandrani is a well-known journalist and researcher working on Muslim movement and the Sinai conflict. Alexandrani was sentenced to 10 years in prison on May 22, 2018 on politically-motivated charges of “divulging state secrets” and “membership of a banned group,” for his vocal concern over military action in the contested Sinai Peninsula. 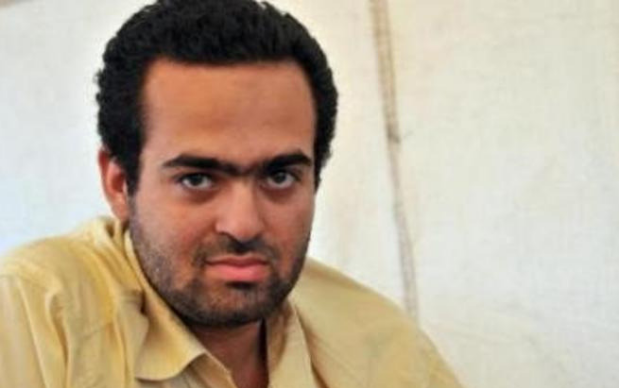 Mohamed Adel was the media spokesperson and founder of the April 6 Youth Movement. He was re-arrested on charges of spreading false news and expressing anti-state sentiments on Facebook. Adel was detained at a local police station where he had been required to spend 12-hours per day since his release from prison—a condition of his three-year probation. 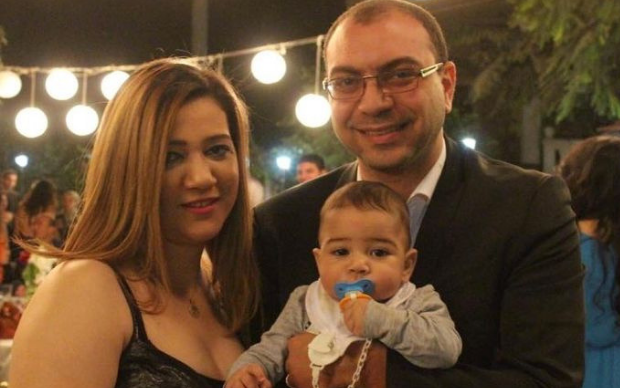 Amal Fathy is a former member of the April 6 Youth Movement and is a women's rights activist. She was arrested and sentenced to two years in prison for posting a Facebook video in which she discusses sexual harassment in Egypt. She also faces charges under a separate case, in which she was questioned about her husband’s non-governmental organization.