The World Movement condemns the recent violent arrest and detention of artist and civil society activist Luis Manuel Otero Alcántara by Cuban authorities and joins organizations like PEN America and the San Isidro Movement in demanding his release. He was arrested in Havana on March 1 as he was leaving his home to attend an independent anti-censorship demonstration organized by the local LGBTQ community. During the arrest a policewoman threw Otero Alcántara’s girlfriend, Claudia Genlui, to the floor and hit her for attempting to record the arrest on her cellphone. The charges against him are widely deemed to be fabricated, accusing him of ‘property damage’ and ‘misuse of national patriotic symbols.’ He’s now awaiting an express trial on March 14, where he is facing the possibility of two to five years in prison.

Otero Alcántara has been detained by the Cuban government more than 20 times since 2018. His arrest comes as part of a larger wave of arrests and censorship of artistic expression on the island. In December of 2018, the Cuban government introduced the controversial Decree 349, which prohibits artists–including musicians, actors, and writers–from organizing events in public or private spaces without first obtaining an official permit from the Cuban Ministry of Culture.

“The charges against Luis Manuel Otero Alcántara are the most disturbing iteration yet of the Cuban government’s ongoing attempts to terrorize him into silence,” said Julie Trébault, Director of the Artists at Risk Connection (ARC) at PEN America. “The baseless charges levelled against Luis Manuel and sheer lack of due process he has received are part and parcel of the Cuban authorities’ ongoing efforts to muzzle dissent, intimidate artists, and restrict freedom of expression.” 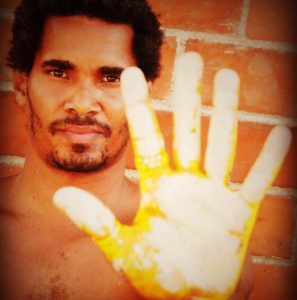