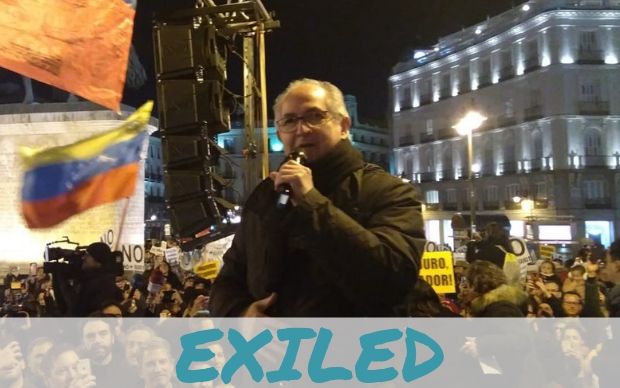 UPDATE: On November 17, 2017, Antonio escaped from house arrest and fled to Spain. He now advocates for the release of Venezuela’s political prisoners from outside the country.

Antonio Ledezma is a prominent Venezuelan lawyer and politician. He is the former mayor of Caracas and founder of the political party Alianza Bravo Pueblo (“Fearless People’s Alliance”).

On February 19, 2015, 25 agents from the Bolivarian National Intelligence Service (SEBIN) stormed Antonio’s office in Caracas and forcibly removed him from the building. Antonio was accused of plotting a coup to bring down Venezuelan President Maduro and subsequently imprisoned in SEBIN headquarters in Plaza Venezuela. He was then placed under house arrest in April 2015 after suffering from health issues.

Antonio was returned to house arrest on August 4, 2017. On November 17, 2017, he slipped past his guards and made his way through Colombia, eventually rejoining his family in Spain. He had just marked the 1000th day of his detention.

Antonio continues to advocate for the freedom of Venezuela’s political prisoners from exile.